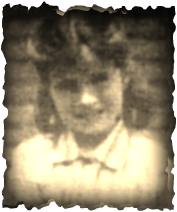 “I can tell God that I saw Johnny Reeves that night daddy did get a bullet through him, and I did think if I tell God in Johnny Reeves own church, God does know what to do.”


Esther Hirsh is a 6 year old Jewish girl whose mother was dead and lives with her dad. Esther and her dad lives on a farm with a lady named Sara Chickering. Esther is very young and immature, but she has a big heart.  Esther was Leanora’s only friend.  A lot of the town’s people did not like Esther and her dad because they were Jewish. Esther had a big heart for someone so young with prejudice people all around them.