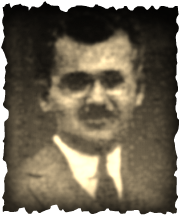 Reynard Alexander was the editor for the town news paper. He did not support the Klan. He reported on all the bad things the Klan were doing in the town.  He knew this could be dangerous, because the Klan did not like having someone say negative things about them in the paper.