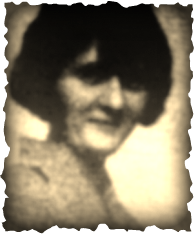 
“I know I shouldn’t be running liquor and maybe I’ll end up in
jail, but I paid for this restaurant by transporting hooch and I’ve made enough to fork out tuition for two of my brothers and my baby sister”

Iris Weaver character was already doing things that were against the law, so she was not happy with the Klan moving to town. Iris Weaver did not hang out a lot with the rest of the towns people, because she did not want to get caught.  Iris only cared about her family and herself.  She did not
seem interested in what the Klan was doing.